In a clash somewhere out there in space popped out Miriam, her need to fly high and fast caused an explosion that unveiled never before seen treasures to the world as we know it!

From those outer space ashes a new empire had born: Norton Records!…a place where each dust particle became and still becomes..pure..solid..gold..!

Is further introduction really necessary after all these years?…nah…

Miriam enjoys a nice cup of coffee, so much that she swallows a gallon a day or even have it injected into her veins during busy hours…oh and she actually just released a brand new solo single called “The hand don’t fit the glove”.

The story of Miriam starts in Canada, goes through Cleveland and ends in Brooklyn?..when did you move from one place to other and at what age approx?

My family moved from northern Canada to the US – to a small town 50 miles East of Eden– I mean, Cleveland—no the shores of Lake Erie—in 1967. I left for New York City in 1976. Now you do the math!

Don’t ask a woman for her age but I’m going to dare here?

Do you still go back to Canada once in awhile?

Only to get on stage and for the donuts and sponge toffee.

How do you remember your childhood and how do you recall your teenage days?

As a child what dreams did you have?

I dreamed about the pyramids and about living in a haunted library.

Tell me about your roots?

I am a Karelian Finn. My parents were Karelians, displaced by the Russians in WWII. They emigrated to Canada a few years after the war ended, with my older sister and brother in tow.

At what age did you start playing music and what inspired you to start?

I only ever played drums. I was 20 when I started getting blisters on my fingers.

Because I was commanded to do so, and I am an obedient sort.

Tell me about the brief experience as a drummer for The Cramps?

One year, almost to the day. It was exciting and I learned an awful lot about life and people. It was a hazing, and that is never a bad thing. I feel like I’m on one long hazing in this life. Even today. With this interview!

How did the A-Bones start up and what was the direct inspiration to this band?

The A-Bones sprang from the loins of the Zantees, the first band Billy and I had together.

..and then finally, Miriam went solo, what took you so long and please enlighten us about the whole process before, during and after the release?

A local genius named Sam Elwitt contacted me a year ago and said that he had an idea to cut some Gold Star Studi- style stuff and would I give a crack at vocals. I said ok.

Are you a loose train on the run?

Is running rampant a bad thing? 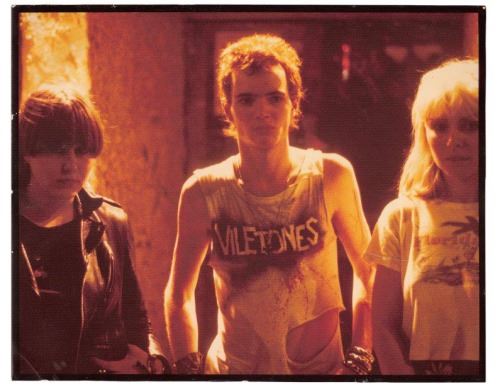 How did you end up telling the story of early rock’n’roll?

I like back stories, the behind the scenes stuff. And every story reveals a struggle. It’s the drive, the work, the headaches and the heartaches, and often, the failures, that deserve to stand up and be counted at the end of the day.

What sacrifices did you have to make in order to start up Norton?

You mean, never taking a vacation, or a day off, or spending cash on anything except making records and books? Where’s the sacrifice there?

Did Norton turn out to be more than what you expected?

We never expected anything. We started putting records together so people could hear music that was not available elsewhere. We wanted to tell the story, to bring great unlauded music made by inspired individuals, to hungry ears. The fact that we’ve been able to continue doing this thing through hell and high water must mean it turned out okay.

What have been the most extraordinary experiences and the biggest disappointments during the existence of Norton Records?

We measure time, record by record, not by days of the month or years gone by. The process of discovery, surprise, excitement, unexpected explanations, make each record we issue a thrill. Every one fills in another gap in our experience and helps us understand the world of rock and roll. Any and every disappointment that has occurred can be dispelled with the fact that certain music has come out of whatever murk we might have had to consider– even with the crushing near-defeat of losing so much in Hurricane Sandy. If anything, that experience continues to brace us for other bigger life issues that need to be pounded into extinction.

How has it been to work with and meet so many literally genuine artists from a past generation, bringing them ‘back to life’ in a modern world and with an immediate and immense global success?

Are you kidding? It’s fantastic. You’re right; these are the real geniuses, the people who worked their buns off to do things their own way.

Please tell us a special story about you and these amazing artists?

Which one of these should I elaborate on?

In particular what does Andre Williams mean to you?

In the grand scheme of things, Andre has been a great friend, mentor, hard driving boss, and true genius. It has been my experience that the men who have lived in pimpdom actually have the best understanding of the female heart and mind. The fact that he chose to wrote from a female perspective with Sweets, the fact that he held Fortune Records’ Devora Brown in high regard, the reverence he held toward his wife, all show a soulful individual, a person of trust and honor.

Norton also became an important institution for books; please explain how that came along?

Two words: Andre Williams. Seven years ago, Andre was in drug rehab for the umpteenth time. It was wither rehab, or jail, or death. He telephoned from the rehab center in Chicago one day and said he was going to walk out, that he couldn’t stand it any more. I convinced him to stay with the promise that I would work on a project with him to satisfy the center’s requirement that he tackle something new and different as a diversion while kicking his habits. He would call collect every couple of days and we would hash over a vague plot line. He close to write from a teenage girl’s perspective, a girl who would save herself from poverty by going into drug dealing and prostitution. The dope stuff in the storyline is so overblown, that you know he was savoring every adjective while lying in that cot at Chicago Lakeshore Hospital. I had promised him that if he saw the story into a book, that I would publish it. I didn’t really believe he would stay with it, but he did, and I kept the promise. That book impressed the hell out of Harlan Ellison and Nick Tosches, and suddenly my pie in the khy dream of publishing paperbacks was a reality.

Do you have any secret passions besides music and books that we can unveil here?

Perfume. The 77th parallel. The moors. The Moors. The wind. The dark. The rain, the park, and other things!

Does Miriam ever sing in the shower?

Yes, but more so in a bubble bath, and much more so on my bicycle.

What would go through your mind sitting over supper staring out of the window on a grey rainy day?

“What a fantastic rainy day!”

When you need space and time to think alone, where do you go?

I go to sleep. I can sleep anywhere, any time, on command, and begin dreaming instantly. It’s a gift and a privilege. I can be anywhere I wish, at any time, and so can you. We are remarkable creatures, we humans. Forget about “every waking hour” and thrill to the excellence of every sleeping, dreaming hour as well. It’s all so incredible I can hardly stand it.

Do you still dream of something?

Every moment of every day, and wildly. And the penultimate childhood wishes of traveling to Egypt and living in a haunted library are still very real. Life is the dream, and it is unbelievable.

Any regrets in life up until today?

Yes, not starting my Stones-stalking at an earlier age. That and missing Royston Ellis in London on May 29.

If someone reached you the ‘white house’ microphone asking you to make a bold statement to the people of the United States, how would that go?

WAKE UP AND SMELL THE COFFEE!

Mission impossible, name three records that stand out from all the others?

Most beautiful place you have ever seen?

The moors. In the wind and the rain.

Weirdest place you have ever performed as an artist?

A Chinese restaurant. On New Years Eve. In Canada.

What does country music mean do to you?

Where would you be today without music?

I have no bad features. Who told you that?

What does love mean to you?

Going all the way. All the time.

Life’s a bitch and then you get over it or life is really beautiful?

Oh, come on! We’re all so lucky to be right here, right there, anywhere, right now. Space is the place, like Sun Ra said. And our blue marble is flying through that space, way over the speed limit.

Satisfaction is when you.. ?

What is the most sensual thing you have ever experienced?

The August Milky Way in dark sky country. It is the most singularly fantastical sensory experience I can think of. To look up and see EVERYTHING. The answers. Three months to go.

Do you mean, does leather put me in a happy place? Or does a mouthful of butterscotch make me forget the English language? Well then, yes, I guess I am. Are you casting me in Boogie Nights II? If so, I’m THERE!

Do you have a temper?

Of course! Is that a bad thing, too? Even Jesus had a temper: “Vengeance is mine, saith the Lord.” I love quoting the Bible. It has a little something for everyone.

What is your motto?

Are you a wiz in a kitchen?

I would love it if we didn’t have to use the k-word in this interview.

No, I do not. I can and I do, but I can think of a hundred things I’d rather be doing.

Do you enjoy a good meal?

If it ends with an incredible cup of coffee.

Coffee and a delicious, not overly mysterious sandwich.

Finally..write the lyrics to a short and simple story/poem describing Miriam’s life up until today?

A curious bird, that girl Miriam

Who seems to be in a delirium

She’s not all that dumb

But tends to succumb

To excitement which is her imperium. 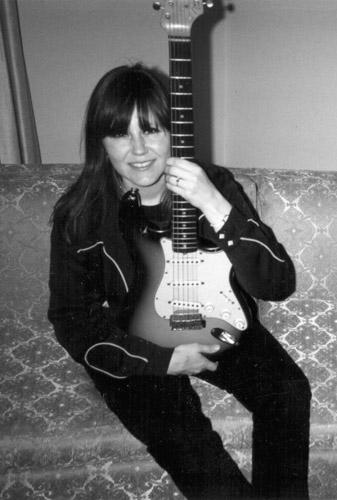 **all rights to the photos used in this article are reserved and belongs to Miriam Linna. 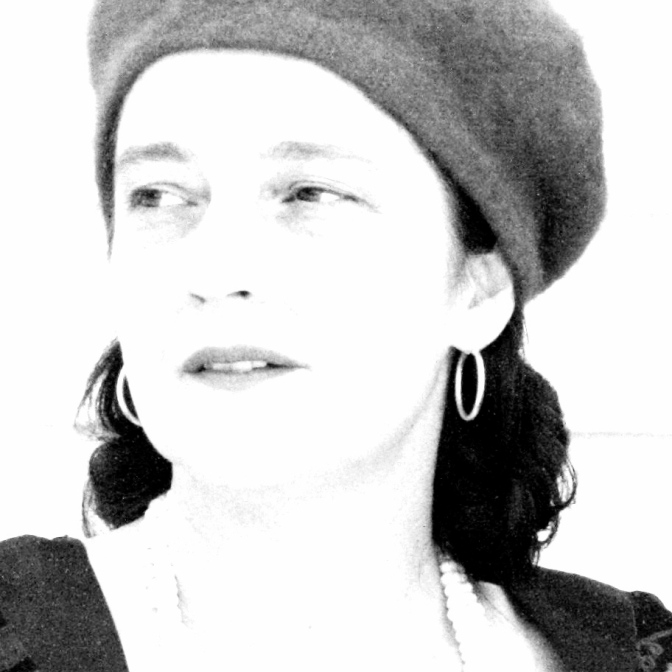 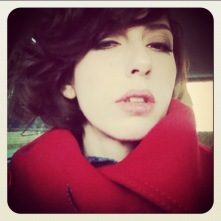 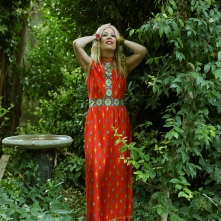 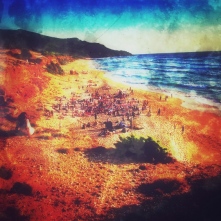 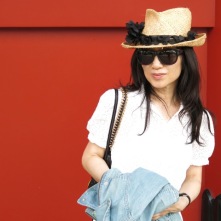 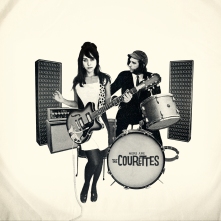 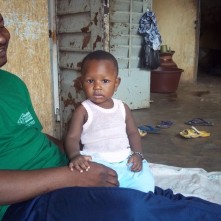 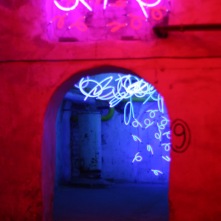